It all starts with our passionate TEAM, who is committed to providing exceptional customer service to inspire people to perform and feel their best. By combining our years of experience in the health and fitness industry with the latest technologies, we are able to reach a wide variety of audiences to help them achieve their goals and live their best life.

In 2006, Nate Costa opened a small personal training studio called FX Studios that quickly became known as the premier fitness center in Maryland. He dreamed, however, of making a larger impact on the community. As opportunities presented themselves over the years, along with Nate's belief in "constant evolution", Nate has expanded his fitness studio to include salon, spa, nutrition and physical therapy services. With these services combined under one roof, FX quickly became the desired place for complete health and wellness services. FX has received multiple awards over the years for our exceptional customer service and our commitment to our TEAM, including multiple "Best Places to Work" honors. ​​​

Nate’s wellness vision also caught the eye of Under Armour Founder, Kevin Plank, who asked Nate to bring his vision to Under Armour Global Headquarters in Maryland. The result was the creation of Under Armour’s on-campus fitness facility in 2010, named the "Under Armour Performance Center (UAPC) powered by FX", a state-of-the-art 35,000 square foot fitness mecca open to both employees and the public. This partnership continues to evolve with other locations and projects around the world. ​​

Inspired by a demand for both our culture and passion, Nate created FX Well in 2012. This company provides corporate services including fitness center design and management, corporate wellness events and a proprietary digital wellness platform. Since then, FX has expanded our touch, providing our services to many corporations, the military reserves, school systems, local governments and insurance carriers. ​​
​
In 2016, FX was asked to bring its services to the largest bank hall in the United States within the historic 10 Light Street building in downtown Baltimore.  From the thirty foot marble columns to the famous iron gates, this 55,000 square foot facility offers an unparalleled fitness experience right in the heart of the city. 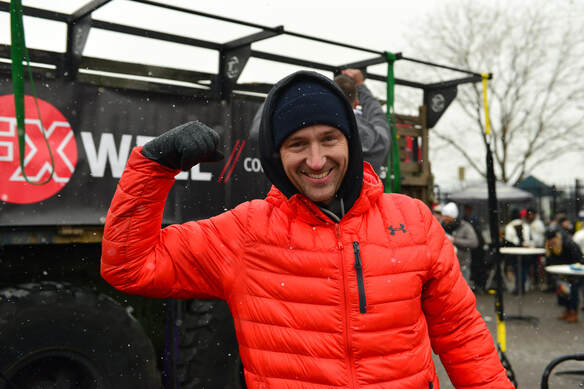 ​We are honored and humbled to begin a partnership with Texas Health Resources, one of the nation's leading health systems. By combining our past experiences and our shared passion of helping others, we are excited to see what the future holds!​